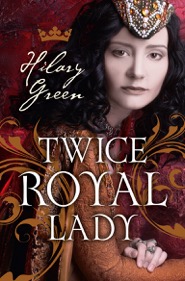 ‘Great by birth, greater still by marriage,greatest of all in her offspring.’

The grandaughter of William the Conqueror but also descended, through her mother, from the ancient line of Anglo-Saxon kings, Matilda is destined from childhood to be an important piece in the intricate chess game of power.

Betrothed to Emperor Henry of Germany at the age of eight, she is married at twelve and crowned Empress. By her early twenties she is a widow, and the only surviving legitimate heir to her father, Henry lst of England. Forced into a second marriage to a boy ten years younger, she gives birth to three sons, the male heirs her father longs for. But, on his sudden death, the throne is usurped by her cousin, Stephen.

Matilda is forced to chose between her husband and her rights as her father’s heir. Intelligent, determined and courageous, she chooses to fight for her rights.

She was standing in the ante-chamber to the great hall of the castle of Utrecht, weighed down by the robes and jewels they had heaped on her. From the other side of the door she could hear the hum of hundreds of voices. There was a rustle of skirts close by and Sister Agnes knelt to bring her face on the same level.

‘Hush, my lady! You must not speak so. King Henry is a great man, the ruler of all the Germans and soon to be Emperor of the Romans like his ancestor Charlemagne. He does you great honour in asking you to become his wife.’

‘But I don’t like him.’ She could feel her lower lip beginning to tremble. ‘He’s old and I can’t understand what he says.’

Sister Agnes had kind eyes and for a moment her lips curled in a smile. ‘Twenty-four is not old. I know it seems like it when you are only eight, but remember, this is only a betrothal. By the time you are old enough to marry the difference will not seem so great. And you are a clever girl. You will soon learn to understand German, and to speak it. Just think, as King Henry’s affianced bride, you will be a queen, and one day perhaps an empress.’

A hand gripped her shoulder and spun her round so that she was looking up at Reverend Mother Hildegarde. Her eyes were not kind.

‘You don’t want? When will you learn that your petty desires are of no importance? You have a duty. The King your father has decreed this match for you and it is your duty to him, and through him to God, to obey. Must I chastise you again, to break this rebellious spirit of yours?’

The door to the hall banged open to admit Lord Roger of Clare, whom the King her father had appointed to take charge of her.

‘What is going on here? His Grace is waiting. Bring the Lady Matilda in at once.’

She looked at him and something opened in her mind, like a door to a lighted room. ‘Lord Roger, it would not be fitting for a queen to be whipped, would it? It would be … would be against the dignity of the throne.’ She had heard the phrase somewhere and it seemed to fit.

Behind her she heard Mother Hildegarde give a sharp tut of disapproval, but Lord Roger bent his head. ‘That is so, my lady.’

She pressed her lips together to still them and lifted her chin. ‘Let us go, then. We must not keep King Henry waiting.’

NOW AVAILABLE AS AN E-BOOK OR PAPERBACK FROM JOFFE BOOKS. 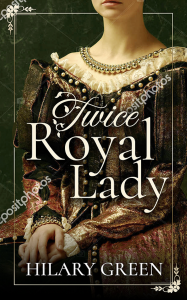