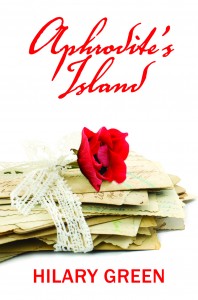 This book was inspired by a visit to the Turkish Republic of Northern Cyprus in 1990. I was immediately captivated by the complex and troubled history of the island and by the legend that it was the birthplace of the Goddess Aphrodite. Aphrodite is an avatar of the Great Mother Goddess who was worshipped all round the Mediterranean in the Bronze Age – and whose worship is echoed in the present devotion to the Virgin Mary. She was seen as the fount of all life, the goddess of birth, procreation, death and rebirth through blood sacrifice, and these attributes were echoed in the phases of the moon –  virgin, mother and old woman, then rebirth as a virgin again.

I wanted to incorporate these ideas into the novel and also to relate them to the stories of some of the women who had lived on the island, or been associated with it, through history. In particular, I wanted to write about the disputes which had ultimately resulted in the partition of the island between Greece and Turkey. I decided that the best way to do this would be through the lives of two women a generation apart. Ariadne is the daughter of a Greek schoolteacher who is heavily involved in the EOKA terrorist organisation in the 1950s. At that time the island was a British protectorate and British servicemen, many of the them doing their compulsory national service, were sent to put down the uprising. Her ill-fated love affair with a British soldier forms the first part of the book. The story then moves to the 1970s. Stephen, the man Ariadne fell in love with, is now trapped in an unhappy marriage. When he is given the opportunity to return the Cyprus he seizes it, in the hope of finding her again. In part three, we meet Stephen’s daughter Cressida, who has come to Cyprus to recover from the death of her mother and the break up of her relationship with her long-term boyfriend; and with the faint hope that she might find the answer to why her father disappeared from her life when she was a small child. Part four brings the different elements of the story together in a surprising and touching conclusion.

My original idea was for a more complex structure which would also incorporate earlier events in the island’s history, creating a kind of tapestry with interweaving strands; but this was deemed to confusing by editors and publishers, so it had to be simplified. On the surface, the novel is a romance, the story of two love affairs a generation  apart, but the underlying themes I described above are there for anyone who cares to look for them.

NOW AVAILABLE AS A KINDLE BOOK AND AS A PAPERBACK published by Joffe Books. 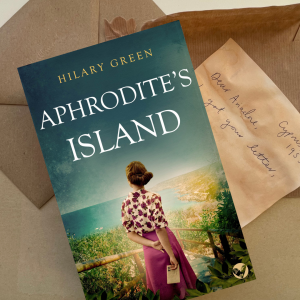 ‘I found this a fascinating story. I remember the EOKA period but I didn’t know a lot about it. This book brings the political struggle vividly to life and point up the penalties Cypriots faced if they intermingled too closely with the British. The characterisation is excellent, the descriptions of the Cyrpiot countryside colourful and it was very easy to become ttally immersed in the tale. Recommended.’

From the Historical Novels Review.

If you are interested to read the historical vignettes which I originally intended to incorporate, please go to the page headed CRESSIDA’S DREAMS.