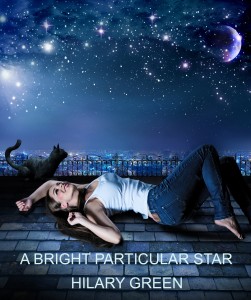 The year is 2005. Britain has left the EU and has been subjected to a terrorist attack similar to that of 9/11. As a result, the country is now governed by an extreme right-wing party, kept in power by nationalist thugs. The Prince of Wales in assassinated and the Queen dies, leaving twenty-three year old Prince William to accede to the throne. He refuses to act as a figurehead for a regime he abhors, but what is the alternative? Into this situation comes a beautiful young American starlet, in Britain to make a film about Bonnie Prince Charlie. What follows is a series of exciting events which will change the history of the country. Romance, conspiracy, kidnapping, plot and counter plot create a fast moving thriller which will keep the reader on the edge of the seat to the last page.

The route that had been chosen to the royal palace at Balmoral was cross-country, winding its way through deep glens and past streams serenely gleaming in the sunset. Suddenly, ahead of them, Drew saw a flash of blue. His senses immediately came to full alert as he recognised the blue lamp of a police vehicle. Rounding a bend he saw that a hundred yards ahead the road was blocked. Two police cars were parked at an angle to each other and beyond them he could see an ambulance in the middle of the road. The blue lights from all three strobed in an irregular pattern across the waist-high cow parsley in the ditches on either side. Drew braked to a standstill a short distance back.

‘Looks like an accident. If you wouldn’t mind waiting here for a minute or two, sir, I’ll see if I can find out what’s going on.’

He got out of the car and walked to meet a young policeman, who was already heading in their direction.

‘Sorry, sir,’ the constable began. ‘I’m afraid the road’s completely blocked and it’s going to be some time before it’s re-opened.’

Drew reached in his pocket and took out his ID. ‘Look, I’ve got a very important passenger in the car. Can you ask …’

In the blue reflected light it was impossible to see the colour of the young policeman’s face but Drew had the impression that he had turned pale. Even before he finished speaking the copper said, ‘I think you’d better have a word with my guvnor, sir. Superintendent Manners. He’s over there.’

He pointed towards a group of three men standing near the ambulance, their heads together in urgent discussion. Drew went over to them.

One man looked up sharply. ‘Yes. May I ask who you are?’

Drew handed over his ID. ‘Squadron Leader Kilfoyle, equerry to the Prince of Wales.’

Manners stared at him and Drew saw him swallow. ‘You didn’t travel with the Prince?’

‘No, I was following with …’ Drew’s stomach turned over. ‘What’s happened?’

‘I’m afraid there’s been a tragedy. A bomb, or a shell, we’re not quite sure yet. You’d better come this way.’

He started to lead Drew round the ambulance that blocked their view of the road ahead. Drew thought, ‘That poor bloody Special Branch guy who was doubling for him has bought it, just as I feared.’ Out loud he was saying, ‘Look, it isn’t what you think. The Prince wasn’t ….’

They came round the ambulance and Drew saw the car. It was upside down on the verge. Most of the engine and the passenger compartment were burnt out, reduced to a skeleton of twisted metal, but there was enough of the rear left to make it recognisable. The car was a dark blue Audi.

Drew stood and stared. He felt as if the earth had dissolved under his feet and he had gone into free-fall. The Superintendent was saying, ‘The Special Branch men in the escort car called us. They did what they could, of course but … there are no survivors I’m afraid.’

Drew turned to look at him, passing his tongue over dry lips. ‘Christ!’ he said thickly. ‘I’ve got his son in the car!’